Millions of bees, thousands of hives, and over one hundred years of family beekeeping make this honey something special. The pristine mountains and remote forest of Rainbow Station along with the beautiful bays all over the top of the South Island of New Zealand are havens for our beehives. Back in 1899, T.Cropp built his first beehive in a wild, remote valley not too far from here. He was a pioneer that dreamed big, kept things practical, and passed on his knowledge to the next generation.

Our 30+ grading system means it contains more than 30mg per kg of Methylglyoxal (MG).

Our 85+ grading system means it contains more than 85mg per kg of Methylglyoxal (MG).

Rainbow Station was previously owned and operated by Lone Star Farms Ltd, the Cropp Family Trust took over the lease in 2016. Rainbow Station now adds to Managing Director, Philip Cropp’s already vast and humbly successful businesses that all share the same morals and are strongly focused on health and preservation in various parts of the South Island of New Zealand.

The Cropp family began this venture back in the 1800’s when Philip’s grandfather started producing honey from hives at Rainbow Station and the St Arnaud area. Philip grew up inspired by what the land of New Zealand could offer and with that inspiration and business savvy attitude he created Nelson Honey & Marketing (NZ) Ltd in 1973, based in Motupiko at his family’s original home that both he and his children grew up in, after realising the potential for high quality honeys, Philip began expanding the range offered and went further into nutrition and the now widely famous Royal Nectar skincare range was developed.

Philip remains very close to his roots, so when the opportunity to take over the Pastoral Lease of Rainbow Station arose, the Cropp family was immediately interested in preserving this part of New Zealand that is very close to their family’s heritage.

Note: This honey is not able to send to Japan due to missing Glyphosate test results.

While Manuka Honey is extremely well-known for its special properties, our Honeydew Honey has some special characteristics. It contains complex sugars called Oligosaccharides. 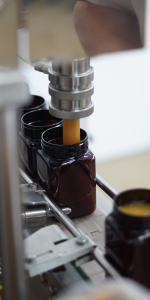